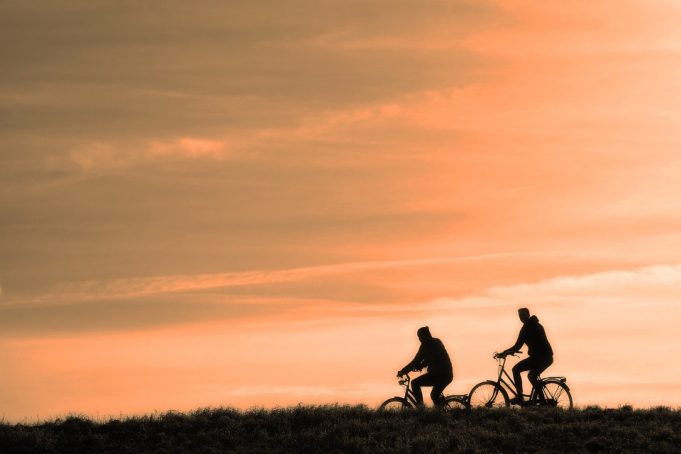 Two people who are dating may not consider themselves a couple and may see other people. Although dating includes the possibility of romance or sexuality, people can be involved in a sexual relationship without dating and can date without ever becoming sexually involved. When dating, you learn about another person to determine if you are interested in a more serious commitment. If the person you have been seeing acknowledges that you are dating but doesn’t want to use words like “girlfriend” or “boyfriend,” she or he doesn’t consider the relationship solid — yet. It is also possible that your partner simply doesn’t like those particular terms, so you should ask.

Words like “girlfriend” and “boyfriend” are used to describe a relationship in which two people consider themselves to be a couple. This doesn’t mean they have made a long-term commitment or have agreed to be monogamous. That depends on the couple. Some people commit to seeing each other exclusively before agreeing to use labels like “girlfriend” or “boyfriend.” If the person you have been seeing wants to use these terms, it means she considers you to be a couple. To determine exactly what that means to her, ask.

When people start dating during high school, they are usually trying to have fun and learn about relationships. From college onward, people are more likely to date in hopes of meeting the person they would like to marry. If two people have been dating for some time, one or both of them may consider marriage a possibility. But these generalizations don’t apply to everyone. Some people date because they want a committed relationship with long-term potential. Others date to meet new people and enjoy themselves without getting entangled in anything serious. Some date but want to retain their independence. Others live together. Every relationship is different. The reality of modern relationships is more complex than distinguishing between “dating” on one side and “girlfriend or boyfriend” on the other.

If you are not sure of your status with the person you’ve been seeing, it is time for a relationship talk. If you know exactly what you want, you might expect your partner to want the same thing. But don’t assume anything unless you have both agreed to it. Topics to discuss include whether to be exclusive, whether to label the relationship and how to label it and what you are looking for in the future. Be clear and honest. If you are not sure about something, ask.

A Defense of Cultural Intelligence

JohnBarnes - April 7, 2005 0
When humans set off to address fundamental issues about what and how life is to be, two important questions exercise the conscience though a...

Designers – The Gods Of Fashion Industry

JohnBarnes - December 25, 2009 0
The question that is often paramount in the mind of many Christians who desire to enter into the world of dating is 'How can...