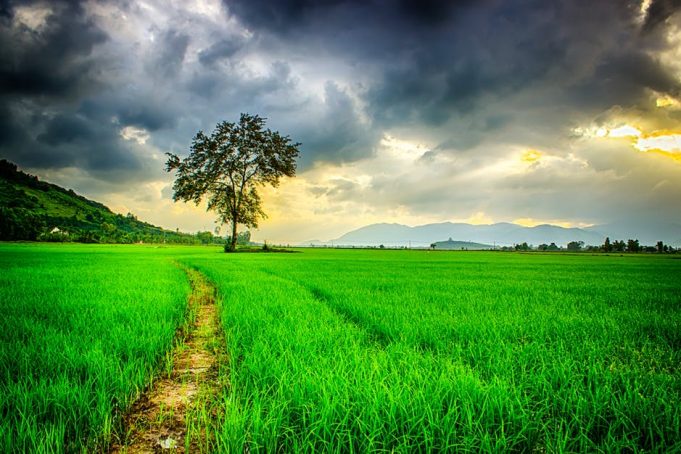 In a remarkable 10-to-3 decision, a federal appeals court on Thursday affirmed the freeze on the second iteration of President Donald Trump’s executive order on immigration from six majority Muslim countries. The court said that national security “is not the true reason” for the order, despite Trump’s insistence to the contrary. It’s extraordinary for a federal court to tell the president directly that he’s lying; I certainly can’t think of any other examples in my lifetime.

The decision and the breakdown of the judges voting against the ban — which includes a Republican appointee — presages defeat for the executive order in the U.S. Supreme Court, should the Trump administration decide to seek review there. Faced with this degree of repudiation from the federal judiciary, Trump would be well advised not to go to the Supreme Court at all.

The decision for the 4th Circuit Court of Appeals was written by Chief Judge Roger Gregory, who has the distinction of having been appointed to the court first by Bill Clinton, in a recess appointment that would have expired, and then by George W. Bush — a reminder of bipartisanship in the judicial nomination process that seems almost inconceivable today.

Gregory’s opinion had three basic parts, of which the middle one was the most important.

First, Gregory found that the plaintiffs in the case had standing to challenge the executive order as a violation of the First Amendment’s establishment clause. He pointed out that under the “endorsement test” first offered by Justice Sandra Day O’Connor, the establishment clause is violated when the government sends a message to some people that they are insiders, favored members of the political community, or a message to others that they are outsiders, disfavored as citizens.

In O’Connor’s analysis, feelings count. As the 4th Circuit put it in the passage quoted by Gregory, “feelings of marginalization and exclusion are cognizable forms of injury” under the endorsement test. Thus, Muslim plaintiffs who alleged that they experienced a sense of exclusion and harm have the constitutional right to bring a lawsuit. 1

Although the 4th Circuit dissenters objected plausibly that this reliance on emotional experience would allow anyone “who develops negative feelings” to bring an establishment clause case, their objection isn’t really to Gregory’s reasoning, but to the endorsement test itself. And that’s part of constitutional doctrine.

That led Gregory to the heart of his opinion — and the condemnation of Trump as a liar. The strongest legal argument available to the Trump administration was based on a 1972 Supreme Court case called Kleindienst v. Mandel.

In the Mandel case, immigration authorities denied a visa to a Belgian Marxist who had been invited to give lectures in the U.S. The professors who invited him argued that his exclusion violated the freedom of speech.

The Supreme Court denied the claim, stating that when the executive branch excludes a noncitizen from the country “on the basis of a facially legitimate and bona fide reason,” the courts would not “look behind the exercise of that discretion.” That holding looked pretty good for the Trump executive order, which on its face asserts a national security interest in denying visas to people from the six majority Muslim countries.

Here’s where the opinion got personal. Gregory acknowledged that the executive order was “facially legitimate.” But, he said, “bona fide” literally means “in good faith.”

And here, he reasoned, the plaintiffs had provided “ample evidence that national security is not the true reason” for the order. That evidence, the court said, came mostly from Trump himself, in the form of his “numerous campaign statements expressing animus towards the Islamic faith.”

This was really the punchline of the opinion: Trump’s own statements show that he lied when he said the purpose of the executive order was national security. Once that conclusion was on the table, Gregory easily went on to show that such animus violated the establishment clause by sending a message to Muslims that they are outsiders in the political community.

As a result, it’s plausible that Trump might get a few votes for the executive order at the Supreme Court. But he isn’t going to win. Justice Anthony Kennedy will be moved by the argument that the executive order was adopted in bad faith. And even conservative Justice Samuel Alito is likely to be unsympathetic, given his strong record as a defender of religious liberty.

Trump’s lawyers should be telling him right now that it would be a mistake for him to seek Supreme Court review. Not only is he likely to lose, he is likely to lose in a way that undermines his legitimacy and credibility. But it’s doubtful whether he will listen. If Trump had been listening to his lawyers, he wouldn’t be in the situation he’s in now, where the judiciary is telling him to his face that he has bad faith.

If you or someone in your family has asthma, it’s still possible to travel and enjoy your holidays

Learn how to make money as a travel nurse

The Importance of Properly Preparing for a RV Trip

The Disadvantages of Being a Traveling Nurse

JohnBarnes - June 19, 2008 0
There are no concrete answers on how to live longer, healthier, or even safer. The only way is to practice living a healthy lifestyle....

If you or someone in your family has asthma, it’s still...

JohnBarnes - July 27, 2018 0
But taking some time to choose and plan a trip - whether it's a weekend break or a long-distance adventure - can help prevent...