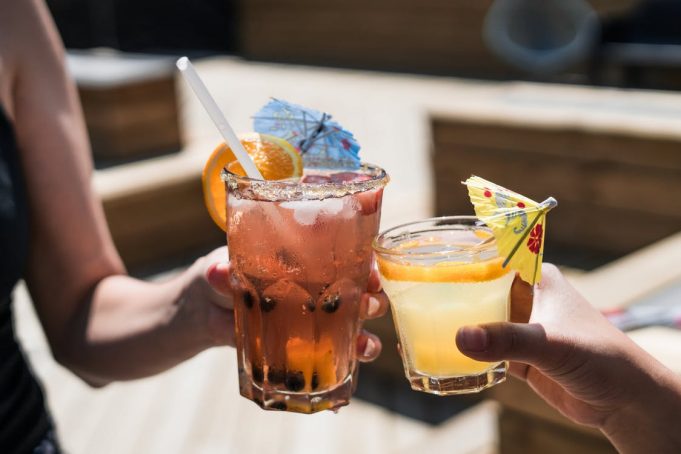 Nya is a girl who didn’t have any connections in the music industry but dreamed of becoming a renowned pop star. Nya initially started singing and dancing when she was only 3, the little girl super passionate about dancing and singing that she never stopped doing it and kept going on and on. When she was 8, she started taking vocal lessons and training to further polish her skills. By the time she was 10, she recorded her first songs and videos. While she was growing up, her passion didn’t lessen, she kept going on and on until one day she got a chance to work with AB Quintanilla and Tiffany.

Nya is a unique artist, she has distinct and soulful sound, her personality is very inspiring because of all the hard work and effort she puts into her passion to achieve her professional goals as a singer and a performer. She is also unique because she has been blessed to get guidance under the top names of the music industry which has really boosted her confidence and has made her more passionate towards her work. Not only this, but she has the ability to translate her dance into music which makes her an exceptional performer.

Why is she different from the rest?

Nya is different from the rest because she didn’t set her feet into the industry through connections but she worked hard, polished her skills and improved herself day by day to be where she is today. Nya is all set for her global launch campaign. She is not only focusing upon music but she is using music to spread awareness of her anti-bullying campaign which aims at spreading awareness and also aims at saving lives. Bullying has taken many lives and continues to do so but Nya, with her music, wants to create awareness so that people become inspired and motivated to keep going with their life. She has been taking tours to school where she spread awareness about the cause.

Nya is a passionate individual and a very inspiring personality. A lot of people might have a desire to see what her personal and professional life really looks like. Nya has started an exclusive Fanclub which allows you to be a part of Nya’s journey. You can actually get a peak of her life, like how she spends her life and molds it according to her passion and work. In order to show her full support, you can join her exclusive Fanclub, the campaign will start in the month of October and November. A low monthly club fee should be paid and it will apply from November to be a member of the club. While being the member of the club, you will get insights at what Nya is doing behind the scenes, how is she promoting her music and he is she handling her day to day business.

Being a part of the Fanclub through Kickstarter, allows you to participate in the lucky draw to win an exclusive fan concert trip. It is not just a simple exclusive fan concert trip but it comes with several other prizes too. The other prizes include 2 tickets to Nya’s 2020 concert, the tickets also come with backstage passes, two roundtrip coach airline tickets, along with a two-night hotel stay. You will also get merchandise and an opportunity to take pictures with Nya and interact with her. Getting to see such an inspiring young girl who has grown into an inspiring personality is a great moment on its own.

The prizes that are mentioned above are just a one-time opportunity and are a part of Nya’s global launch program, they will not be available anytime later. This campaign allows you to have an early access to Nya and you can get inspiration from her. All the young girls, who want to be a pop star in the future must join the exclusive fan club for Nya’s fans so that they can have an insight of what are the struggles, and what is the motivation needed to become a pop star.

The fan club will represent the support shown to Nya by all the people specially young girls who are inspired by her story and her effort.

If you or someone in your family has asthma, it’s still possible to travel and enjoy your holidays

Learn how to make money as a travel nurse

The Importance of Properly Preparing for a RV Trip

The Disadvantages of Being a Traveling Nurse

Entertainment Shows Are An Integral Part Of Human Culture

JohnBarnes - November 1, 2010 0
"All work and no play makes Jack a dull boy". This is so true of human beings and entertainment is one of the best...

The Many Faces of Celebrity Art

JohnBarnes - July 29, 2018 0
For traveling there is no age limit. Everyone can travel at any age. Most of the people who travel for family holidays are above...