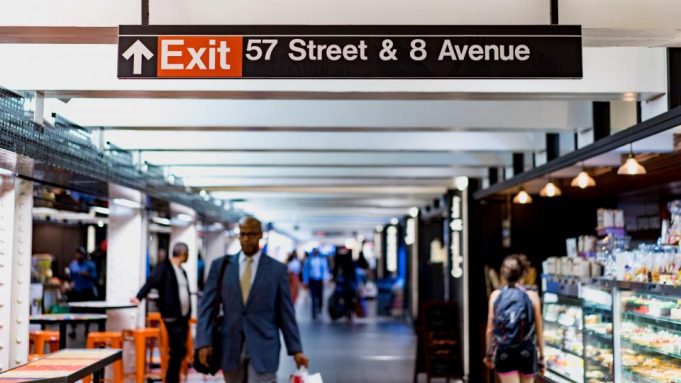 Today there exists an enormous divide between those that understand and participate in the culture of the Web and those that do not.

This chasm runs deeper than just a generation gap, and there’s more to conquering it than simply being born into the Digital Age.

The Internet is a nation in and of itself, and its culture is as real and nuanced as that of any country under the sun. It’s driven by information traveling instantaneously through billions of connections that function organically as a single collective, creating, defining and shaping its own distinct code of conduct, conversation, humor, protocol and even etiquette.

Why is this important?
Nowhere is this rift of understanding more apparent or consequential than in marketing.

For the casual user, it’s not as important to grasp every nuance. However, if you want to do business and make an impact in this self-made, self-ruled culture, you must learn what makes it tick. You must be a part of its collective and discern the unifying elements that drive what its people, its tribes and its ruling class do, think, accept, feel, follow and react to – and why.

These governing principles aren’t published in any how-to pamphlet or printed on a membership card. There are no clear signs posted along the way. To know Web culture, you must simply be a part of its collective in every way.

Living in the Internet
True mastery of the Web and its culture comes from living and breathing it day in and day out. Reading what’s popular. Participating in discussion. Paying attention to reactions. Observing as the collective expands its knowledge, evolves its sense of humor, chooses what it hates and likes – all building upon a foundation of shared experience.

These are the fundamental aspects that must be second nature to anyone charged with growing your business – whether that’s you or your marketing agency:

Ruled by tribes of trusted elite

A collective sense of humor

A language and customs of its own

An economy of attention

Gaming as a social connection

The need to belong

Failure to not only recognize and comprehend but also to be active in Web culture will greatly increase the risk that any marketing venture you undertake will be ineffectual and ultimately unsuccessful.

Ruled by tribes of trusted elite
Early on, the Internet began to cleverly devise ways to sift through millions of pieces of information to elevate popular stuff, bury hated stuff or otherwise separate from the unremarkable.

In doing so, clearer vision began to take hold on what was worthy of attention and what wasn’t, based on the collective’s opinion. From this, very active users began to shape the very fabric of the Internet collective, and the organism evolved to trust those in its elite class.

These collections of loud voices that think alike and swarm together can sway nearly anything. Old Spice, Barack Obama, Victoria Secret and Conan O’Brien all know the power of the Internet ruling class. They know who have the megaphones, passion and resources in their market and they had marketing people who were part of those tribes.

Building upon the foundations of the Web’s culture, your marketing entity must know how the ruling classes are formed and how they move in every circumstance in order to execute with pinpoint precision and make waves of customers.

A language and customs of its own

The language of the Web is probably one of the most easily understood and heavily evolved foundations of the collective.

‘LOL’s are somewhat ubiquitous, but if your marketing agency doesn’t know why a ROFLcopter is funny, the essence in the difference between FAIL and WIN or what it means to be ‘pwned’ then, believe it or not, you lack fundamental pieces of understanding needed to take hold of the Internet and communicate with its culture in every way.

Beyond simple shorthand, there is the issue of etiquette and protocol. The Web collective has evolved its own rules for what’s acceptable and what is shunned. It may seem silly, but everything from understanding what it means to encapsulate a word with asterisks to shying away from the investment of personal communication, you or your marketing company must be one with its protocols, even if you aren’t marketing to people that adopt the understanding of.

Like all cultures, knowing your boundaries and assimilating yourself into its protocol is essential to go beyond baby steps. You can get by, but you’ll never truly connect on a mass scale.

The need to belong
In our series on understanding and marketing to tribes, we covered the anatomy of a tribe-why people connect with each to form followings of an idea and how they collectively rule the marketplace.

The foundation of tribes is passion around something-an idea, lifestyle or movement. The truth is, the Web collective is broken up into thousands of movements stemming from one root motivation: the need to be a part of something.

This is why successful websites whose goals are centered on building a vast and passionate community around its brand or purpose institute point systems and accomplishment badges to reward participation. Understanding why people not only connect themselves to a group or community, but feel rewarded by recognition of contribution to the group is fundamental to connecting with the Web collective overall.

Auxiliary to this is the “15-minutes-of-fame” motivation. Most people are motivated by the opportunity to be featured in higher esteem for outstanding contribution. Elements such as “the most popular photo of the day” or “most video views” reward the creator or contributor by putting him or her in the spotlight.

Members of the collective like to broadcast what they like, what they find interesting, funny, etc. This explains how great ideas go viral.

People inherently want to share things they find striking. When something great happens in the same way its users want to belong, they want to take ownership of it. That great thing becomes a part of them, because it’s a part of everybody.

For example, a funny joke you get from Internet strikes you as hilarious, so you take that joke and you share it with your name on it. A piece of it is yours because you blessed it, posted it, passed it along. Your name becomes part of it. It’s expressing you. Because you found it and shared it, you have partial ownership of it.

In the know
News in the Information Age is available everywhere as it happens. No longer are a select few allowed to report and distribute news. Every member of the Web culture has a cell phone, camera and a way to distribute news at the fingertips.

When events happen, information is moved through the collective, news is discussed, debated, evaluated and classified based on decisions made that organize and shape news within the Web.

As a result, almost all people connected to the Web take very little at face value. Its people are very informed. The culture’s approach to news is one based on hard data and facts, wide-area access and sharing, and the inherent power to sift through the noise and elevate news of importance within its tribes of interest.

Additionally, the Web is the permanent record. It is not a culture that forgets. History is made every day and the decisions of the Web collective serve to build a foundation of information, learning and growing as time marches on.

Life on the Web moves every bit as fast as the lives of the individuals that comprise its vast collective. The lines between how people behave, relate and interact online and offline are constantly growing less distinct.

The advent of social media has been a defining moment in the evolution of Web culture, as we’ve all become reporters in our own right. The immediacy of sharing has fed the human need for connection, fueling a never-ending stream of status updates, wall posts and tweets.

If someone discovers a favorite new sushi place, their Facebook friends likely know about it before they even leave the restaurant. Likewise, if someone has a negative experience with a customer service rep for their cable company, chances are good they’ll vent about it on Twitter as soon as they hang up the phone.

While this type of information exchange may seem mundane or even meaningless, if you’re the sushi place or the cable company, it won’t be long before you feel its effects. As news and information passes from one circle of friends to another, it adds to and reshapes the collective conscience. As a result, the time lapse between the occurrence of an event and its entry into the greater awareness is shrinking.

You must be constantly plugged in to be able to trace trends and follow the ebb and flow of public sentiment. It’s not enough to be a passive observer on the sidelines; you have to jump in and be one with the community if you want to have a clear view.

Entertainment, Trademark And Copyright Lawyers, What Is The Difference?

Entertainment Promotions Excite Your Audience and Drive Your Brand’s Success

Don’t Let Them Tell You Different: Your Inner Beauty Is Undefinable

A Renewed View of the Modern Business Culture

JohnBarnes - February 17, 2005 0
Life can sometimes be unexciting if not refreshed by the will to create according to one's own conscience and freedom. Often, the power of...