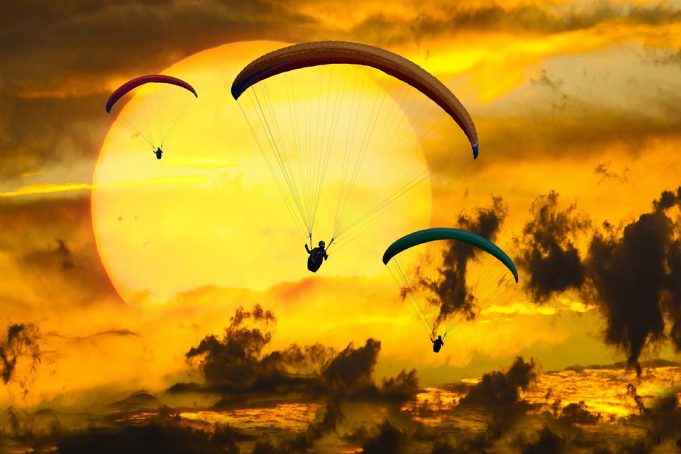 As people, we are all products of our environment. Our education, neighborhoods, religion, political affiliations, financial status and family relationships are an integral part of our psyche and personalities. Beyond that, our gender, sexual orientation, race, and ethnicity are powerful factors in how the world views us and how we accept others. Within our differing environments, we have learned how to communicate and relate to people. From our knowledge and exposure to different methods of communicating, we further make choices regarding which methods are most comfortable for us. The ways individuals chose to communicate across varying ethnicities and cultures varies drastically and can often lead to miscommunication. This is because individuals from varying cultures can interpret the exact same signs and words in completely different ways. This breakdown in communication can cause serious problems, particularly in global markets, but also within offices where diverse workforces are uneducated about each others methods and mannerisms, and the meanings they hold.

There is an interesting scene in the movie, My Big Fat Greek Wedding (Brooks, 2002), during the wedding when the bride is walking down the isle. Half of the congregation, the bride’s side of the family, spits on her as she walks to the altar. This cultural expression of good luck by her Greek family, in American culture, is considered extremely vile, offensive, and one of the most profound methods of degradation in modern society. This is just one example of how a simple, heartfelt gesture by her family could lead to potential disaster in another venue.

From personal experience, when I lived in Bolivia, South America for three years, my transition into the culture there was aided by several books and a vast of information provided by other Americans already in country. One such book by Mark Cramer is Culture Shock! Bolivia. Some of the differences my husband and I had to acclimate to in the Bolivian society included simply saying hello and goodbye (everybody gets a kiss on the cheek, but men add a swift jab to the right or both shoulders), attending parties (should be 30-40 minutes late and bring a gift, preferably leather products or wine), scheduling and eating meals (lunch was a large meal, followed by a nap; dinner was a snack and generally occurred at 8 or 9pm), shopping (businesses were closed from noon to 3 or 4 pm for the afternoon nap), and vanity (cosmetic surgery was common and girls 16 years old and younger often receive breast implants and rhinoplasty). These differences, while seemingly insignificant, were as important in their culture as Americans find covering your mouth when you sneeze or cough, taking a 30 or 45 minute lunch and returning promptly to work to continue your day to 5 or 6pm, and not cutting in line at the grocery. To commit an infraction would be an insult, rude, or worse. Personal relationships could be damaged by ignorance of what is culturally acceptable, not only in the Americas, but throughout the world.

When these varying cultures collide in the workplace, regardless of origination, the mannerisms that the individuals were brought up with and taught are socially acceptable can result in friction. This friction can start in personal relationships, but could rise to levels to interfere with productivity and customer relationships. For instance, one of the most predominate business tactics I encountered while in Bolivia was the determination of individuals and businesses to avoid saying “no.” This is apparently also common in Japanese culture, according to the readings in Management Communication, 3rd Ed., Chapter 10 (O’Rourke, 2007). A refusal to say “no,” even when the request cannot be accommodated can result in misunderstandings in business. For instance, a manager may request a report from an employee who was brought up in business to agree to anything, regardless of the deadline, amount of work involved, current workload, etc. That manager may be left standing in a meeting with nothing to say because of a cultural misunderstanding. Jobs could ultimately be in jeopardy as a result of this miscommunication between cultures. That same employee handling complaints may ultimately agree to every demand of an unsatisfied customer, only to make the relationship worse when those demands are not met as promised.

Another example where cultural differences can cause problems in business is more personal in nature. Some French and Indian cultures do not wear deodorant. For employees sharing close space, this can lead to uncomfortable confrontations and unpleasant working conditions, regardless of understanding “why” the deodorant is not used. An employee that prefers a more “natural” body odor working as a receptionist or in a customer service or sales position in the United States will likely be thought of as a poor representative of the business. Fear that their cultural difference may give a negative impression to clients and customers could ultimately threaten their job.

While cultural differences and diversity can cause problems in the work place, there are ways around these differences to mitigate the damage that may be caused. The first and most obvious is education. In a diverse workplace, I would recommend that an annual training on cultural differences be established. This training should cover not only all cultures represented in the workforce, but others that are prevalent in the local community. One recommendation is to allow volunteers within the organization prepare some of the material to present about their own culture. This not only ensures that differences important to the individuals are specifically addressed, but also allows coworkers to appreciate each other on a personal level. Such an education would benefit not only the majority represented in the organization, but the cultural minority could benefit from the knowledge of what is considered socially-acceptable in their environment. A great suggestion used at Ricoh Electronics, as mentioned by Sangeeta Gupta, is to highlight different ethnic cultures during holiday celebrations (Gupta, 2008). In a particularly rich and diverse office, it might not be unreasonable to find ways to incorporate and highlight different cultures throughout the year at corporate functions. Could the annual picnic consist of food from various cultures and music from a few others?

This leads me to my second recommendation to remedy potential cultural differences in the workplace. That would be the establishment of policies. If the need arises, establishing a policy that all employees wear deodorant, but refrain from excessive use of cologne or perfume, may be in the best interest of management. Care should be taken to not single out one individual or culture, and preferably, multiple policies should be developed at the same time. While this may end up appearing as ludicrous in the long-run as some laws in existence, such as the law in Iowa that states that “one armed piano players must perform for free” (dumblaws.com,) it may actually reduce some of the cultural differences among employees and create a unique culture within the organization itself. Having the organization develop a culture all its own, where everyone has the same way of doing things and utilizes the same methods and mannerisms to communicate (at least most of the time) will decrease instances of miscommunication, as well as rudeness and misunderstands on a personal level among employees and with customers.

Ultimately, there is no way to avoid living in a culturally diverse society and working in a culturally diverse environment. Even if employees are not diverse, the customers and clientele will likely present cultural diversity. It would benefit everyone to learn the cultural differences most predominant in their business and community and embrace them. There are ways to work with almost any difference and learning to communicate beyond these differences will benefit everyone. In the end, it all boils down to respect for each other as individuals. We must learn to appreciate the differences and recognize that learning these different methods of communicating and doing business can not only enrich us personally, but enhance our businesses across a larger and culturally diverse market.

CHERYL H. RIVERA has over a decade of service to the federal government, lived in Bolivia for 3 years, and traveled through parts of South America and much of North America.

JohnBarnes - November 14, 2006 0
The fashion industry is very complicated. There are no standard fashion companies. They come from a wide spectrum of enterprises working in the apparel,...

How does a mentalist read minds using body language?

JohnBarnes - March 21, 2005 0
The international flavour of many people's jobs naturally means that there is greater interaction between people from different cultures. Within the business environment, understanding...