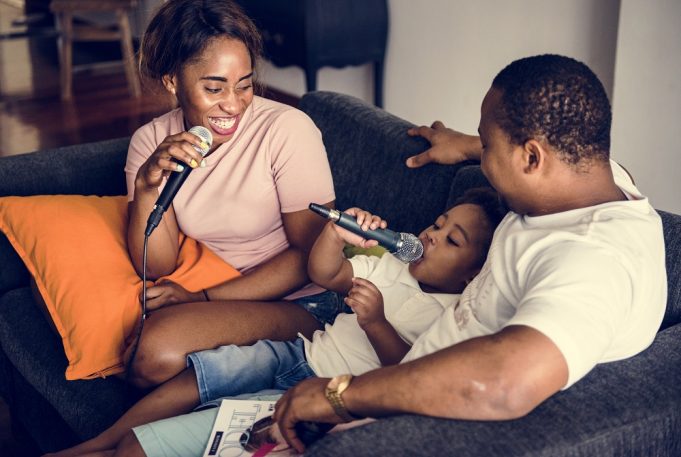 Organizational culture and theoretical entities like electrons have some important things in common. First, the actual entities themselves are in principle invisible to the naked eye so while their “reality” has often been debated and doubted, the affects they have on things that can be seen and measured are very, very real – only a Cartesian skeptic would doubt their existence. Second, perhaps the most convincing argument for the realism of electrons and organizational culture is that both can be used as powerful tools, instruments that can be purposely deployed to make a physical difference in the world. In the case of electrons, they can be sprayed from emitters onto phosphorous material on the back-side of television screens to create images of Super Bowl commercials, and carried through miles and miles of wires to power lights and other devices for entire cities. In the case of organizational culture, it can be used to teach people how to see the world – a powerful tool for transmitting the message about “how it’s done around here.” Strong cultural norms about what is (and is not) acceptable behavior in the workplace can powerfully shape how people “see” themselves, others, and the world around them. So while organizational culture may be invisible, it’s no toy and establishing a firm epistemological and philosophical foundation for cultural realism and how culture works in organizations is a key element to more precisely describing what culture is, how it works, and how it can be used to create positive change.

Ian Hacking’s book, Representing and Intervening, is a refreshing, provocative, and formidable defense of scientific realism. While the book is a classic introduction to the philosophy of natural science, it also provides penetrating insights into developing a view of cultural realism that is based on firm experimental and scientific foundations. The themes of representing and intervening coincide with the notions of theory (representing) and experiment (intervening) and follow the often debated question, “Which comes first, theory or experiment.” Hacking also discusses the difference between theoretical constructs (theories and mathematical formalisms that we build to describe the behavior of physical phenomena) and theoretical entities (invisible things we measure in the physical world like electrons). Making a crystal clear distinction between theoretical constructs and theoretical entities is crucial to understanding the subtleties in the debate between scientific realism and post-modern deconstructionist views, especially when it comes to establishing a naturalistic view of cultural realism and organizational culture.

The first half of Hacking’s book focuses on the notion of “representing” and begins with a serious review of various accounts of scientific rationality and objectivity. The views of Thomas Kuhn, Paul Feyerabend, Imre Lakatos, Hillary Putnam, Bas van Fraassen, Nancy Cartwright and other major scholars in the philosophy of natural science are expertly evaluated and the theoretical trade-offs of buying into each view are clearly defined. Hacking also describes where he agrees (and disagrees) with these various perspectives relative to his view of scientific realism. The second half of the book focuses on the notion of “intervening” and is one of the most detailed and compelling philosophical analysis of experimental science in print. Hacking presents detailed accounts from the history of science to show that experimental science has a life of its own, independent from the theoretical constructs that more theoretically-oriented scientists build.

For Hacking (and Putnam), something is “real” when it makes a physical difference. If it makes no physical difference, it’s not real. In other words, when theoretical entities such as electrons that are in principle not visible can be used to systematically affect something that is visible in a cause-and-effect way (television sets), then those entities are real in every sense of the word. As Hacking puts it,

“So far as I’m concerned, if you can spray them then they are real… Experimental work provides the strongest evidence for scientific realism. This is not because we test hypotheses about entities. It is because entities that in principles cannot be ‘observed’ are regularly manipulated to produce a new phenomena and to investigate other aspects of nature. They are tools, instruments not for thinking but for doing.”

So reality has more to do with causation (what we do to the world) than it does with representation (the theoretical constructs and mathematical formalisms scientists build to describe how the world behaves). The most powerful and compelling notions of reality emerge from our ability to change the world, and to measure the characteristics and nature of those changes. Hacking’s view is that while the philosophical issues surrounding scientific realism cannot be convincingly solved by looking at theoretical constructs alone (representing), that an interdependent approach that links theoretical constructs and theoretical entities (intervening) provides a compelling argument for scientific realism. More specifically, it creates a model of scientific practice that does not deny the importance of theory in experimental science, but does not reduce experimental science to the kind of subjective, theory-ladden activity suggested in Thomas Kuhn’s book, The Structure of Scientific Revolutions.

So how scientists “see” the world through their disciplinary paradigm, powerfully shapes the kinds of experiments they “do” and how they interpret the results they “get” reinforces their initial ways of seeing – what the Breckenridge Institute® calls a See-Do-Get Process® that becomes a self-fulfilling prophecy. But the world can veto their expectations with anomalies that refuse to behave according to scientists’ expectations. The pages of the history of science are littered with such examples, e.g. retrograde motion of the planets in a geocentric model of the solar system. On this view, scientific “truth” is really an unending series of successive approximations where the mapping between the theoretical constructs that scientists build, and the theoretical entities that they measure and describe becomes more and more reliable. For example, the theoretical constructs of quantum electrodynamics (QED) map to the measurements of the theoretical entities to a reliability of one part in 10-12. If one were to measure the distance between New York and Los Angeles to that level of reliability, you would know that distance to the accuracy of the thickness of a human hair.

Hacking’s defense of scientific realism in the natural sciences is a foundation upon which to build a more scientifically-based epistemology and philosophy for the study of organizational culture. It provides a framework within which to talk about the ways in which organizational culture is real, and ways in which it is not real. Using the same argument as Hacking and Putnam use, cultural norms are “real” when they make a physical difference by people acting them out in day-to-day life. If organizational culture makes no physical difference, then it’s not real. In other words, when theoretical entities like cultural norms that are not visible can be used to systematically affect something that is visible in a cause-and-effect way (organizational performance), then those cultural entities are real in every sense of the word. This approach to cultural realism allows us to move beyond Emile Durkheim’s view that social processes act on us in ways that are as real as the laws of gravity, and begin to view organizational culture as a pragmatic tool that can be used to change the everyday realities of organizational life. For example, viewing culture as a tool to create change can have a very real affect on the level of destructive conflict in organizations, the climate of trust or mistrust between managers and direct reports, and the ability of organizations to more effectively achieve their mission and meet (or exceed) their goals.

So the bottom-line is that culture is not just a passive set of tacit beliefs and unquestioned assumptions for how things are done in a specific cultural setting. It is that – but it’s much more. Culture can be a powerful tool for making changes in the day-to-day activities of organizational life. As described elsewhere as the Culture Equation(TM), organizational culture is an interdependent reality composed of context, believing, doing, and getting results, not just an unquestioned tacit belief structure as suggested by so many cultural theorists and practitioners (see, Mark Bodnarczuk, The Culture Equation: Taking the Mystery Out of Organizational Culture for further discussion on this issue). When viewed as a tool for change, organizational culture becomes a tangible tool-process for teaching people how to see themselves, others, and the world with the goal of creating deep sustainable change in organizations, and in the individuals that populate them (see Mark Bodnarczuk, When It Comes to Organizational Culture, What You See Is What You Get for further discussion on this issue).

To reiterate, while organizational culture may be invisible it’s no toy, and using Hacking’s model of scientific realism to establish a firm foundation of cultural realism is a key element to more precisely describing what culture is, how it works, and how it can be used to create positive change in an organization. In a world where postmodern deconstructionist views have tried to unravel the fabric of realism in our world, Hacking’s Representingand Intervening is a breath of fresh air and a must read for those who want to carefully explore the question of whether organizational culture is in fact real.

Mark Bodnarczuk is the Executive Director of the Breckenridge Institute®, a research center for the study of organizational culture based in Boulder, Colorado. He is an author, researcher, consultant, teacher, and facilitator with more than twenty years of experience working with companies in the area of high-tech, basic and applied research, pharmaceuticals, health care, retail as well as government and non-profit organizations. Mark has published widely in the areas of corporate culture and leadership development and is the author of two books, Diving In: Discovering Who You Are In the Second Half of Life and Island of Excellence: 3 Powerful Strategies for Building Creative Organizations. He has a BA from Mid-America University, an MA from Wheaton College, and an MA from the University of Chicago.

JohnBarnes - March 4, 2022 0
Tips to Speed Up Healing and Recovery To ensure that the recovery process after surgery goes smoothly, quickly and comfortably, the patient must be disciplined...

9 Most Common Causes And Locations Of Roof Leaks

JohnBarnes - November 14, 2010 0
Why people behave in a similar way? Do they have shared beliefs and values? Most likely, our minds shape our actions and once people...