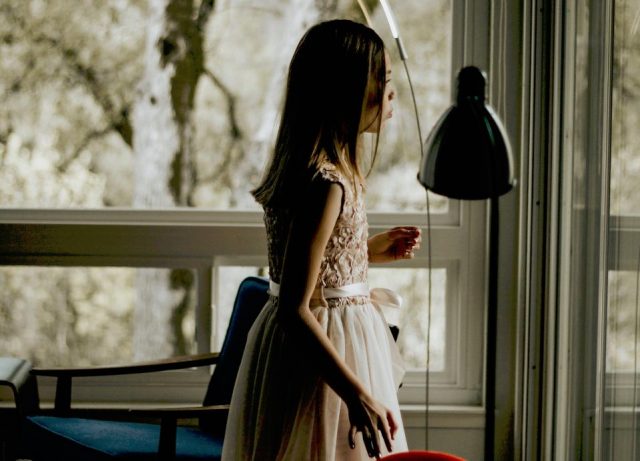 Being a former engineering student, I have a love of math. Now that I am in the health field, I can see no reason why I can’t carry over my love of mathematical equations into it.

The title of this article is a mathematical equation. And although it doesn’t explain any engineering concept or theory, it is nevertheless true. A healthy lifestyle can only come about through nutrition AND exercise. It is as physically impossible to enjoy a healthy lifestyle without nutrition and exercise as it is scientifically impossible to have energy without mass or velocity squared as expressed in Einstein’s famous equation, E=MC squared.

Nutrition and exercise, or at the very least an active lifestyle, complement each other. They form an optimum physical life. This life will encompass not only a quality life, but also a longer life (quantity.) Longevity is a plus. I frequently tell people that I don’t eat nutritious foods and lift weights for long life, but for a quality life. It just happens to be a fact borne out by many studies that exercise will add hours to your physical life.

Man was created by God to work. I don’t mean work in the sense of doing something in exchange for monetary compensation, but ‘work’ or activity as opposed to leading a sedentary existence. Unfortunately, today’s mechanized society makes activity for the most part unnecessary.

And not only do we NOT have to physically do as much as our ancestors did, but our lives are also crammed with jobs, home, and family obligations. Children today are involved in so many school and after-school activities that parents barely have any ‘alone’ time for attending them all. And many parents have to work two or more jobs to make financial ends meet.

Technology has largely eliminated a lot of physical activity. Many households have multiple cars so we don’t walk as much as our grandparents did. As a matter of fact, we will go through any length to avoid walking at all. Note the frantic dash you make for parking spaces as close to mall entrances as physically possible.

Labor-saving devices have literally made a dinosaur out of physical labor. Computers and machines now do almost all of the physical labor once done by human muscles. The work force (and I use the term ‘work’ loosely) is relegated to pushing buttons and watching computer screens to ensure that the machines are performing their duties correctly.

And when we do get a little down-time, there is 24/7 satellite TV or the internet or cell phones to engage us. And what are we left with? A health equation where exercise is equal to zero. (A healthy lifestyle DOES NOT equal nutrition plus no exercise!) In other words, there is no healthy lifestyle when either ‘exercise’ or ‘nutrition’, or God forbid, both are missing.

When I was growing up there was no 24/7 television. There was neither cable or satellite. And over-the-air broadcasting stopped at around midnight. Of course there was no internet or home computer of any type. And there were no video games. All of these are modern, physically debilitating inventions.

As children, we played outdoors because there was no web to surf or cell phone to talk on or video game to play or surround sound to captivate us. Outdoors we roller-skated, rode leg-powered milk crate scooters, played many different games with a rubber ball, and hula-hooped. And this list is by no means exhaustive.

Because we played outside so much we were all of normal weight and healthy. Whatever calories we consumed during the day were quickly burned. Obesity did not run rampant among our youth back then as it does today.

When I was growing up, physical activity was not limited to the children either. Adults were much more active too. Why? Because many of the machines that we have now didn’t exist then. Or they were in limited quantities.

Let’s take the automobile for instance. Although there were cars back then, there weren’t as many as there are now. And families that did own cars, usually owned only one. That meant that people walked a lot more then than now. My mother used to walk to the supermarket to do her weekly shopping.

And when we did finally get a washing machine, it was the kind with wringers. We didn’t have a dryer. So my mother used to lug wet clothes up a flight of stairs to the roof to hang them on a clothesline to dry. There were no stores with doors that opened automatically when you walked up to them either. They had to be pushed or yanked open.

The little things that we don’t even think of as ‘exercise’ were back then. Our muscles didn’t atrophy due to lack of work. Let’s go back to the automobile. Whereas today everything is powered, it was a different story back in the day. There were no power steering, brakes or windows. We actually worked for the privilege of driving.

The other factor in the ‘healthy lifestyle’ equation is nutrition. Foods 40 to 50 years ago were much more nutritious than they are today. Factory farming didn’t exist. That means that our meat came from animals that grazed outdoors and weren’t shot full of growth hormones and antibiotics. And there weren’t as many fast food franchises as there are now. Back then people ate nutritious, home-cooked meals.

Today the average family eats out much more than eats in. Unfortunately, the food outside of the home is a lot less healthy than what could be prepared at home. Why is that? Commercial eateries have access to unhealthy ingredients that the average consumer doesn’t.

Todays food are prepackaged and ready to serve. All you have to do is open the package, toss it into the microwave, and presto–dinner! When I was growing up my mother baked cakes and made breakfast biscuits from scratch. There was none of this Pillsbury quick mix stuff. My mother used REAL eggs, REAL milk, and REAL butter. And the cakes and biscuits tasted REAL good!

It is important that you eat whole, unprocessed foods. This includes plenty of fruits and vegetables, nuts, legumes, and whole grain. And don’t forget to drink plenty of filtered water. Foods to avoid, or to reduce to occasional treats, are fast foods, snack foods, and all low-fat products. Why avoid low-fat? Because in order to compensate for the removal of fats, manufacturers substitute tons of sugar.

If you follow the steps that I have talked about, you will get an ‘A’ in math. Your equation, healthy lifestyle = exercise + nutrition, will be 100 percent correct.

All You Need To Know About Entertainment Lawyers